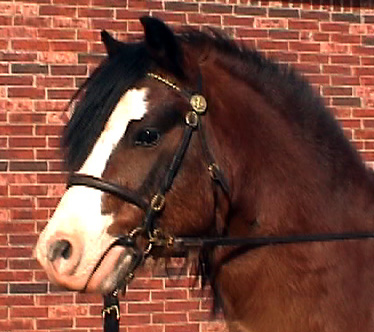 Growth of Welsh Ponies in America

American breeders imported Welsh Ponies as early as the 1880s. George E. Brown of Aurora, Illinois appears to have been one of the first real Welsh enthusiasts, importing a large number of animals between 1884 and 1910. Principally through his efforts and those of John Alexander, The Welsh Pony and Cob Society of America was formed and certification for the establishment of a breed registry was issued by the U. S. Department of Agriculture in 1907.

It was the concern of early importers and breeders that a "purity of the breed" be maintained, and this subject was regularly discussed with the Welsh and English breeders who had established their own registry a few years earlier. Mr. Brown summarized this in a report to the members of the American Society: "With a correct standard fixed and uniformly adhered to, nothing can block the advancement of Welsh to front rank in their classes."

Interest in the Welsh Pony took a drop during the depression years, but through the combined efforts of breeders, particularly those in the East, participation in shows and fairs continued. Beginning in the mid-1950s, "many new members joined the Society, more ponies were imported, and interest spread enormously."

By the close of 1957, a total of 2,881 Welsh had been registered, and the surging growth of the breed began to require annual publication of the StudBook.

Over the next few decades, the Welsh became the fastest growing breed of pony in America. Registered Welsh spread throughout the 50 states and Canada with over 500 new owners recorded annually.