In Loving memory of JD Orear 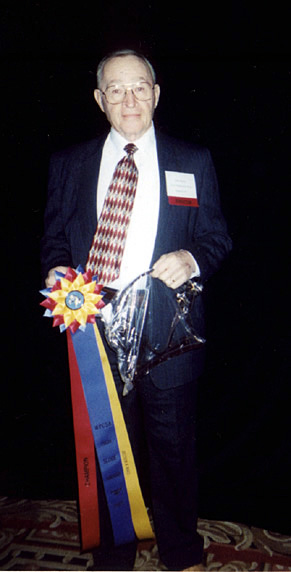 Donations in JD's name may be donated to:

SCHOLARSHIP FUND OF WELSH PONY AND COB SOCIETY OF AMERICA 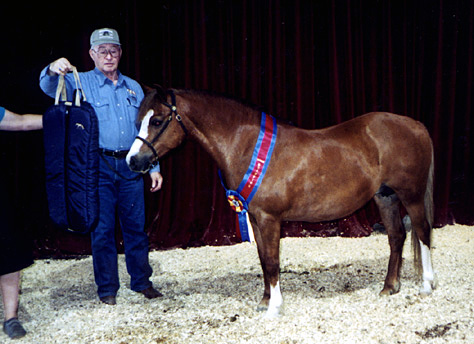 Home of the Dandardel prefix, registered 1966

Sometime before 1966 the Orears had taken some Welsh Ponies home to care for from their old friend Perry Carlile. Later they became interested in the Welsh ponies and leased five from Perry.

In the early 1960's J.D. became really sold on the breed and while on a family vacation visited the Farnley Farm at White Post, Virginia. There they purchased a filly from a pen of yearlings. This was Farnley Het (Farnley Conqueror x Farnley Wimple), a chestnut with a blaze, white stockings, fire in her eye and a spirit to challenge the imagination.

This mare became one of the foundation mares for the Dandardel ponies. Het has raised 17 chestnut foals, two of the mares are still in the herd. Through the years she was successful in the show ring in halter, mare and foal and western classes. Her offspring were consistent winners in the foal classes. Het died in 1992 at the age of 27 years.

One of the mares leased was Vaynor Tango (Vaynor Goldie x Vaynor Swift). She was imported from South Wales. During the 1960's she was owned by Perry Carlile and cared for by the Orears. After Perry's death she was purchased from his estate. During the years she has raised 14 foals, 2 of the mares are still in the herd. Tango died in 1981.

Over the years J.D. always has been on the lookout for outstanding ponies to improve his herd. Some of them include ponies from the following studs: Farnley, Coed Coch, Twyford, Rowfantina, Shenandoah and Penrhyn.

I'm sure that he is busy now attending to the Lord's herd of chestnut Welsh Ponies.

Our prayers are with the Orear family. 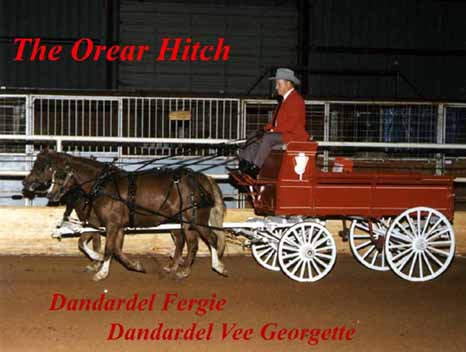